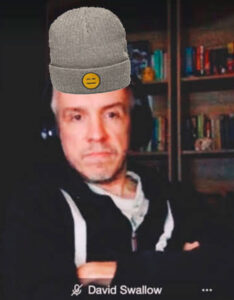 Emojis are derived from Unicode symbols

Unicode symbols do not have inbuilt text alternatives. They are exposed in the browser accessibility tree as a text symbol:

People ask why emojis are presented as symbols in speech to text output rather than the text alternative.

This comment from the JAWS file may offer a clue:

These descriptions are processed as the very last step before a text string is sent to the speech synthesizer.

What can be inferred from this comment is that what we are presented with in a screen reader’s speech viewer is the output prior to the step where the text is processed and sent to the speech synthesizer.

VoiceOver (iOS) acts the same way, it announces an emoji “grinning face with smiling eyes and sweat drop” but displays the symbol 😅 in its speech viewer:

Do the differences matter?

The differences don’t matter to me (but I am just one and not the intended consumer), as I usually experience just the symbol. Reading the text descriptions is useful though as quite often I have no idea what the symbols are meant to represent. It is also true that emoji’s take on different meanings in different contexts and to different people. For example I thought 🤙 meant “no worries” but its description is “call me hand”, what do I know 🤷

One reply on “short note on emoji text alternative variations”

[…] Steve Faulkner explains a bit of why and how emoji are announced differently across screen readers in his post short note on emoji text alternative variations. […]